SENSOR DDS® technology applied to Storm pond in gold mine

Storm Pond is a pond for collection of rainwater at mining plants or other industrial zones. Usually the water contains some amount of the hazardous chemicals or other liquid what needs to be stored properly.

At this project we have located 67 leaks in secondary geomembrane and 45 leaks in primary geomembrane. Whole survey was conducted during the nights due to high daily temperatures. Such low visibility would cause problems in commonly water based detection methods such as water puddle or water lance but thanks to our reliable audio-visual alarm we were able to detect and locate even pinholes.

The daily average productivity was 8 500m² per operator per day. We deployed 2 operators so the whole surface of each geomembrane was completed in 4-5 days. The high number of the leaks were identified as cuts mostly caused by installation tools. Damaged extrusion welds and hot wedged welds were other common faults of the geomembrane at this project. 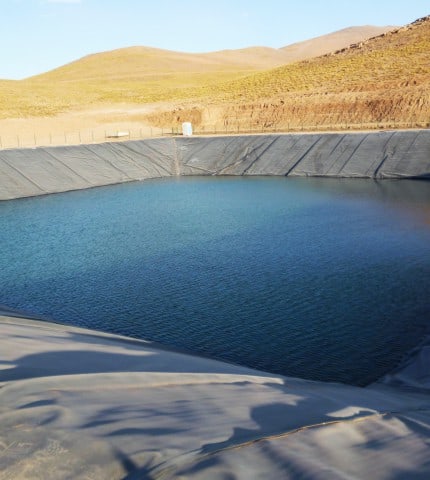 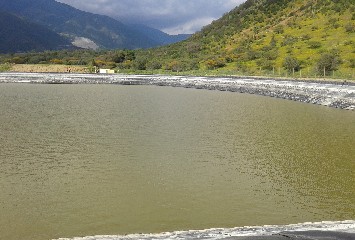 Always both layers of geomembrane are tested for leaks at Storm Ponds. 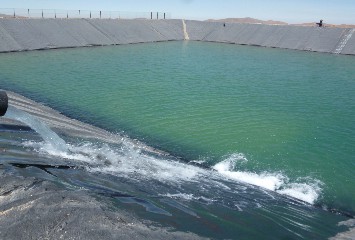 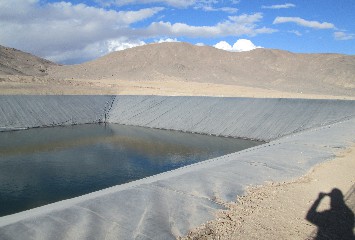 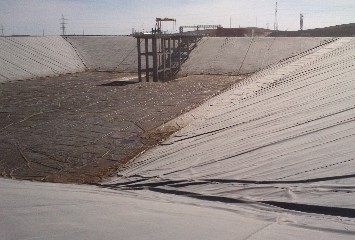 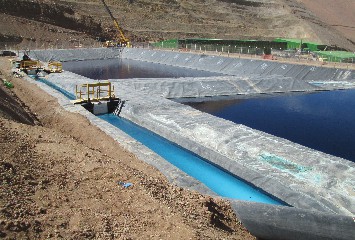 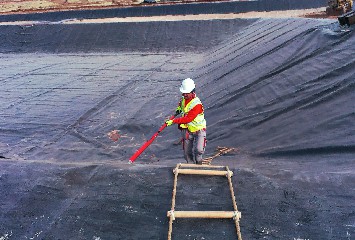 One operator can test 10.000m² of geomembrane a day depending on number of leaks found 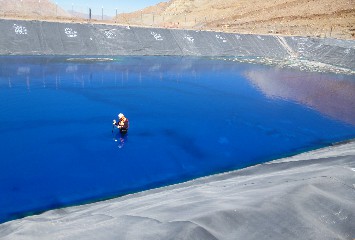 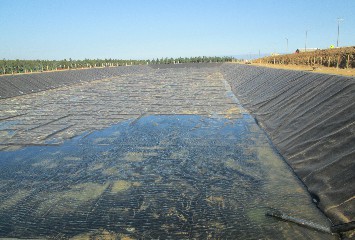 In order to test integrity of both primary and secondary geomembrane at Storm pond, the Sensor leak detection geocomposite must be installed in between